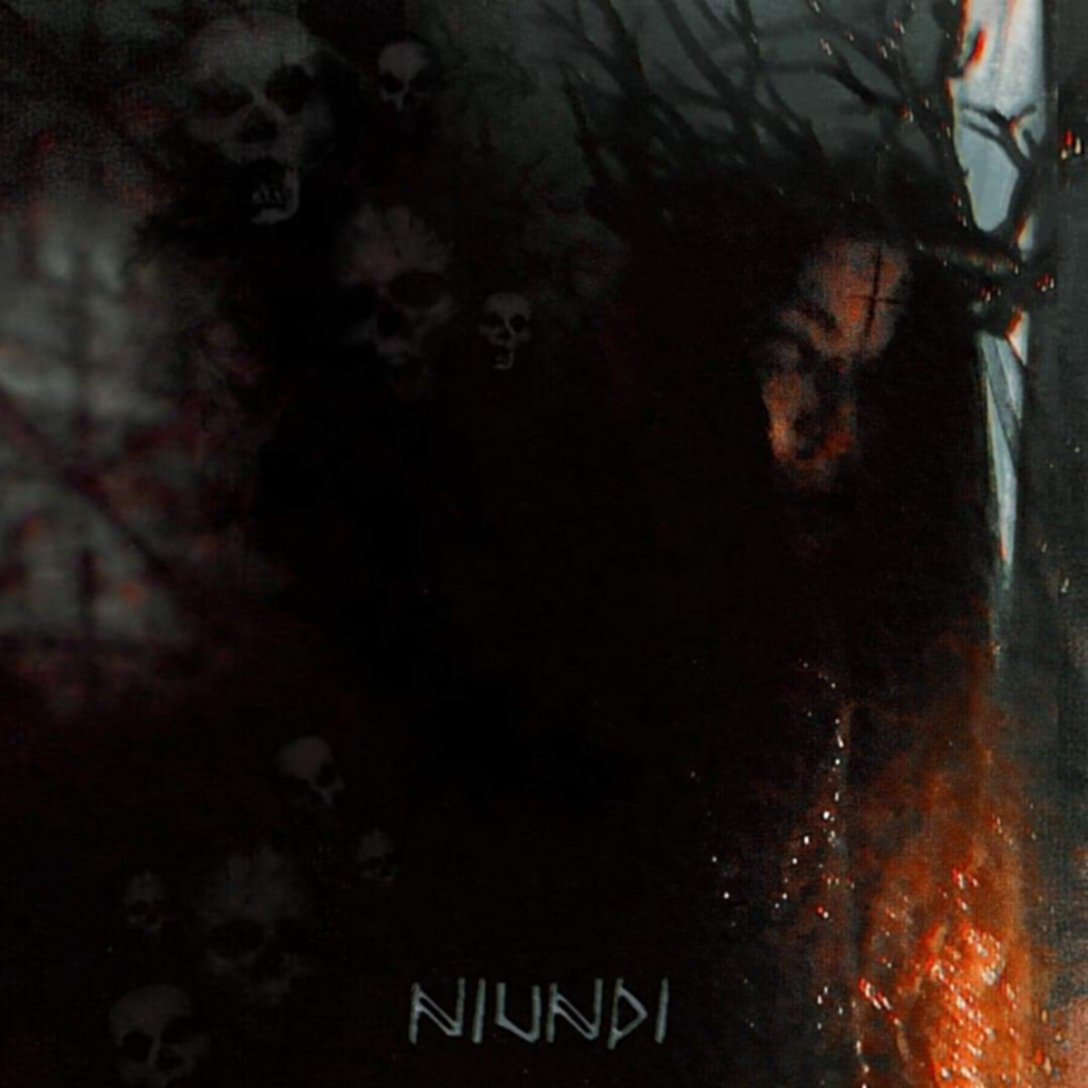 One of my favourite musical discoveries of 2020 was Níundi. Based in Sweden, this ritualistic dark folk/ambient project is made up of Leslie Chepstow and Henry Möller. On the band’s Bandcamp page, they say: ‘Níundi is the supercharged atmosphere found between fire and ice. And within this liminal and misty shadow of dark Norse magick, ritual and ancient story can be heard.’

I’ve searched for interviews and features to garner more knowledge about Níundi, but have failed miserably. Either my researching skills are shit, or there’s really nothing to be found, which would be somewhat devastating because if there’s one band which deserves to have reams written about it, it’s Níundi.

I predict that, in time, I’ll write on A Hex On Your Head about all of their songs because everything they’ve made is so enriching and stirring and valuable.

Tap into the power that is imbued within this album! Make a meaningful offering to Her. In darkness, while listening to the invocation track you will reach a state of chthonic meditation, frozen stillness will slowly ignite into a state of witchcraft inflamed ecstasy. When She reaches out Her hand ~grasp for it.

Anyway. The track I want to recommend as my Hex Of The Day is called Gullveig Is My Name and it’s taken from their third album Gullveig. When I initially listened to this song, everything happening around me fell away and I was consumed by its northern folk witchery.

Chepstow’s spoken word – which is intoxicatingly whispered and at other moments strikingly assertive – is a world beyond the world beyond. And Chepstow’s laughter is something else. Once heard, never forgotten.

The music – mixed by Henry Möller – is hypnotic, intoxicating and utterly alluring. The magick Möller and Chepstow have conjured together for this track is ancient, profound and powerful beyond compare.