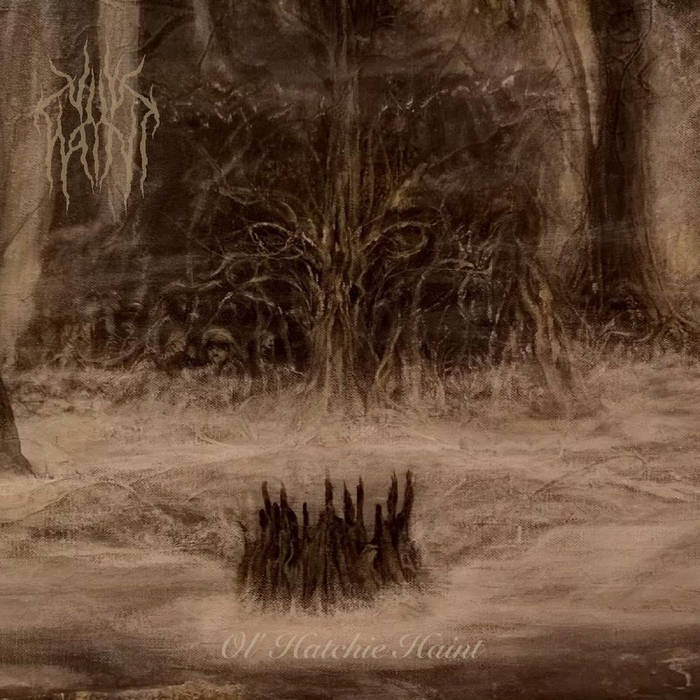 What exactly is a Haint? well doing some research I have found it is an old Southern word for ghost. A more detailed description from Keith Dotson however has revealed “Haint is an old southern word for a specific type of ghost or evil spirit from the Carolina coast, but found in tales from various regions of the south. Belief in haints probably originated with the Gulla Geechee people, descendants of African slaves in the Carolina low country and barrier islands. In South Carolina, haints are malicious ghosts, often seeking to steal or harm naughty children (maybe used as a story to make unruly children behave?). Vile Haint takes it’s name from southern lore like these legends of haints, ghosts, witches, booger men, boohags, and boodaddies etc. The Tennessee group has created an album full of blistering guitar work, blackened Americana, swampy blues, and free jazz that rhythmically takes a listener into realms beyond yet cements you in their environment of origin. The drums constantly creating trance work that keeps these labyrinth like songs twisting you further into domains we should not trespass.

Ol’ Hatchie Haint delivers a wash of atmosphere where one can practically feel the air heavy with entities and energy swaying to the dizzying guitars not to mention the keys of choirs that add a very nice touch to the already haunting sound. The vocals dissonant and wailing like the ghosts that inhabit their inspiration truly ring out like a specter. The release feels like a tome of lost history, each track a very personal dedication to a sound only reached by those from these places, who grew up in lost ways of the land lost rites and secret hollows. I love the bursts of energy that comes out in unexpected passages which start structurally as well crafted black metal then turns into almost thrash like jamming. It’s these shifts and changes that keeps this material highly interesting, the avant-garde approach to writing but at the same time it retains its roots. These southern mystics know how to craft spellbinding initiations almost daring you to step into their realities of passages known to few. Blues and Americana can sometimes end up being overused or overdone when creating a sound like this but Ol’Hatchie Haint shows how it should be done. It’s a very balanced and tasteful album. Moments of still on Ol’Hatchie Haint are few but when you find them you are greeted by shimmering clean guitars which gives one a moment to take in the dissonance before heading right back into the fires. Ryan Clackner (Primeval Well) who is one of the members is also the entity behind his label Moonlight Cypress Archetypes which has released this album. His guitar work is phenomenal and honestly an inspiration to myself, I’m so honored to have gotten to look into his world and art. It’s spectacular. I highly recommend following his label and projects, they are all unique and well done by a very talented individual. Ol’Hatchie Haint delivers something most cannot and that is a deeply personal sonic alchemy that truly encompasses a world between worlds of sorcery, old ways and lost stories. A slab of true Southern Gothic excellence.